Effective immediately, Arno Reich (47) has taken over management of Deutsche Messe’s portfolio of industrial, energy and logistics trade fairs, the most prominent of which is Hannover Messe. As senior vice president, his core tasks include the strategic further development of this tradeshow portfolio both in Germany and abroad, i.e. throughout Europe, Asia and North and Central America.

“Our company’s reputation is built on the success of industrial fairs in Germany and around the globe”, remarked Dr. Jochen Köckler, Chairman of the Managing Board at Deutsche Messe. “Arno Reich is a proven expert for industrial trade fairs, and is thus a perfect fit for this key business segment,” he added.

Reich began his professional career in 1999 as a project consultant at EXPO 2000 in Hannover. By the end of 2000, he transferred to Deutsche Messe. Since then, he has held various positions at the company, most recently as project manager for Integrated Automation, Motion & Drives, Digital Factory and Worldwide Events. Reich succeeds Marc Siemering, who had left the company of his own volition in April of 2018.

Hubertus von Monschaw (42) will assume the position of project manager for Integrated Automation, Motion & Drives (IAMD) and Digital Factory and Worldwide Events on 1 January 2019. Von Monschaw has been with Deutsche Messe since 2003 and was previously responsible for ICT & Business and Communications & ICT Infrastructure as well as Energy at Hannover Messe.

ISVI trusts in Framos as its global camera distributor 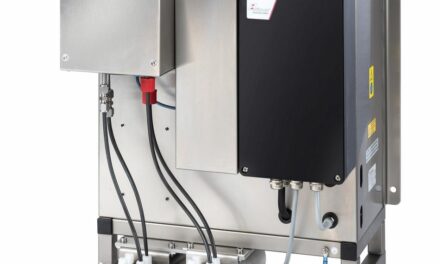