Lapp is continuing to expand its international network for the production of pre-assembled cable solutions. Many of these are manufactured at the company’s new facility in the Czech town of Otrokovice. Here, Lapp produces everything from simple solutions to complete drag chains for customers all over Europe. The facility is another piece in the puzzle of Lapp’s international production network, which includes plants in Europe, Asia and the USA. Alongside its production facilities, Lapp set up three competence centres in order to support its system solutions activities on all continents. These are located at Lapp Asia Pacific in Singapore, Lapp USA in New Jersey, and the European competence centre based in Stuttgart.

Lapp takes a decentralised approach, with the solutions developed and produced locally in cooperation with customers. “Being close to our customers plays an important role in our success. Our customers value the fact that they can speak directly to the person who manages their project, who has first-hand experience of the market and who does not sit in an office several thousand miles away”, explains Georg Stawowy, member of the board of Lapp Holding AG for technology and innovation. Customers also benefit from short delivery times and identical high quality standards around the world. “What matters is that our customers no longer have to worry about all these aspects. They can rest assured that they will always receive the best-possible product for their needs”, says Stawowy.

Another positive is Lapp’s manufacturing expertise. Unlike other providers, Lapp produces the components for its cable systems itself. This allows it to react flexibly to new requirements and introduce special components or new processes where necessary. The best example of this is Ölflex Connect Servo, Lapp’s range of servo assemblies produced in a semi-automated process. Lapp completely reinvented its entire servo assembly system, from the production process to the cable and connector. This helped improve screening against electromagnetic interference by at least 400 percent. Assembly providers who only purchase components may find it much more difficult to do this themselves. Following the initial start of production at Lapp’s headquarters in Stuttgart, the new assemblies are now also being manufactured in Singapore. Staff here are being trained by their colleagues from Germany for their new task. The competence centre in Florham Park, New Jersey will also introduce semi-automated production of servo assemblies later this year. 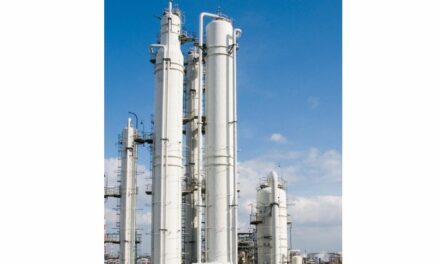 Endress+Hauser strengthens its position in Portugal