Pilz achieved a turnover of over 300 million Euro

The Pilz GmbH & Co. KG group of companies continued to grow during the last financial year: The automation company from Ostfildern near Stuttgart increased its turnover to 306 million Euro as well as increasing its number of employees to around 2,200 in 40 subsidiaries. Pilz is currently investing around seven million Euro in its headquarters in Ostfildern to expand research and development. At the end of 2017, Chair of the Board Renate Pilz will leave the operational side of the business and hand the management of the family business completely over to her daughter Susanne Kunschert and son Thomas Pilz.

“Industry is going through a transformation process. Networking and digitisation of business processes are changing not only production but also the way in which we work together. We are well positioned to drive this change”, explained Renate Pilz, Chair of the Board of Pilz GmbH & Co. KG, looking back on the results of the 2016 financial year.

For the first time ever, Pilz increased its turnover to over 300 million Euro in the 2016 financial year: it rose by 6.2 per cent to 306 million Euro. As of 31.12.2016, the company employed 2,172 employees (+6.9 per cent) in its subsidiaries, covering 40 countries worldwide. At the end of 2016 there were 1,025 employees at the headquarters in Ostfildern, including 38 trainees. In 2017 Pilz will create further jobs within its group of companies, particularly in the fields of customer support and development.

With another R&D quota of 19.8 per cent based on the 2016 turnover, Pilz is underlining its claim to be one of the most innovative companies in automation technology. The automation specialist is currently investing
7 million Euro in research & development at its Ostfildern headquarters: Having starting production in the new Peter Pilz Production and Logistics Centre, the medium-sized enterprise is now converting its previous production area into a state-of-the-art research and development centre. Once the building work is completed, around 330 engineers will occupy 7,300 m2, developing new technologies and products for the automation of the future.

In 2016 Pilz was again able to increase its export share by 0.3 percentage points to 71.2 per cent. To enable it to grow internationally, the world-renowned “ambassador for safety” is investing in the expansion of its sales and service network: With the official opening of Pilz South East Asia 2016, Pilz has increased the number of its subsidiaries to 40. At the same time the family business has intensified customer service by opening numerous new locations in existing subsidiaries. “Digital business processes cannot replace customer contact”. That’s the view of the Chair of the Board.

Pilz is an automation solution supplier for whom safety is a core competence and part of every solution. Safe control technology continues to be the most important revenue contributor. However, the areas of sensor and drive technology are contributing more and more to growth.

In absolute terms, the control and drive technology product area remained the most important revenue contributor for Pilz in 2016 (66 per cent), but the areas of sensor technology and services are now also in double figures (15 and 13 per cent respectively), so making a significant contribution to turnover. The service package includes consulting, engineering and training and for some years now has been a stable growth driver for Pilz. Particularly significant for ongoing development is the area of safe robotics: the rise in the use of robots in an industrial environment is increasingly linked with the closest possible collaboration between human and machine. Over the last few years Pilz has established itself as the expert in safety, supporting leading German automotive manufacturers with the implementation of human-robot collaborations, for example.

At the end of 2017, Chair of the Board Renate Pilz will leave her active management role and hand Pilz over to her daughter Susanne Kunschert and son Thomas Pilz. Renate Pilz will continue to be responsible for the “Market” business unit until the end of 2017, but in 2018 she will hand over responsibility to her daughter Susanne Kunschert. “My children will be in complete charge of running the company in future: building on our corporate values and our strategy, they will continue to lead the company in tried and trusted fashion”, explains Renate Pilz. 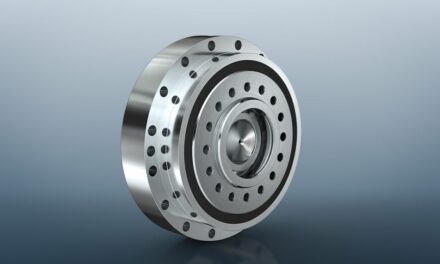 Brakes for the highest outdoor elevator in the world