Long-term strategy for the Europe and Africa region

Only a few months ago, Yaskawa announced two major investment projects. The company is planning to open a new European robotics development centre and a new robot production plant in Slovenia, and to extend its Robotics Division headquarters at Allershausen near Munich by a further 5,000 m2 of useable space. By doing so, it is strengthening and expanding its production capacities in Europe.

Yaskawa has now disclosed plans for two further major projects with over 10,000 m² of production and office space, involving a total investment of over € 10 million. A new building with a floor space of 6,700 m2 is to be built in Nantes, France. At the new location the Drives, Motion and Control and the Robotics product sectors for the French market are to be brought under one roof. “With an increase in floor space of more than 50% we will be well positioned for the future and able to serve our customers even better and more efficiently,” says Xavier Lucas, President of Yaskawa France.

In addition to the construction project in France, the existing administration building in Torsås (Sweden) is to be refurbished and upgraded to the latest standards. The project comprises a new 2,600 m2 factory building and 300 m2 of new office space. The new building is scheduled for completion at the end of 2018.

Yaskawa – one of the world’s biggest players in the field of industrial robots, with over 350,000 installed units, and in addition a leading global supplier of drive and automation technology – is pursuing an ambitious expansion strategy in Europe.

Color scanner: On the track of corrosion 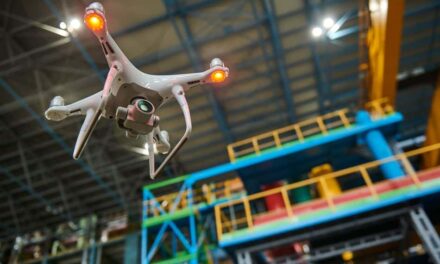 Drone Readyness Analysis: Industry Not Yet Taking Off