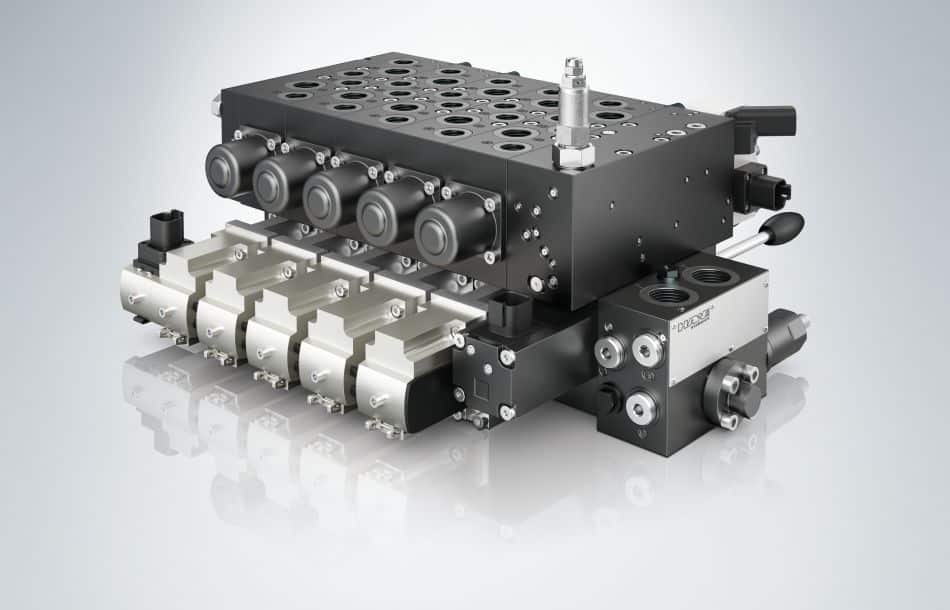 Hawe Hydraulik has developed an integrated hydraulic solution for mobile machines in order to transfer the advantages of the CAN bus in the control of main functions to secondary functions. As a result, the machine manufacturer not only saves time during assembly, but also weight and installation space in the vehicle. This manifold Mick is designed for use in the concrete pump. Particularly advantageous is its use in mobile machines with several consumer groups, which work sequentially and are operated separately from each other.

The directional valve bank, type Mick, is based on the directional spool valve type PSL according to the load-sensing principle of Hawe Hydraulik. The directional spool valve controls the flow rate load-independently and proportionally. Diverter valves are flanged directly and distribute the oil flow to the individual consumers. As a result, up to three double-acting consumers can be supplied with one valve section. Thus, e.g., Mick can realize the functions previously housed in three separate control blocks (mast control, column control left and right) with a single compact manifold. The integrated hydraulic safety circuit ensures that the three cylinder groups are separated from each other and prevents individual mast and support functions from being accidentally operated simultaneously. This block with two redundant shutdown paths thus provides the requirement for meeting modern safety demands in mobile machines. Designed in the modular system by Hawe Hydraulik, this modular manifold offers a variety of variants and combination options. With its low pressure loss, it also represents a energy-efficient control system, which is interesting for electrification projects in mobile machines. Automation is also supported via the CAN bus control of all functions, main and secondary functions.

Young design talents are in demand 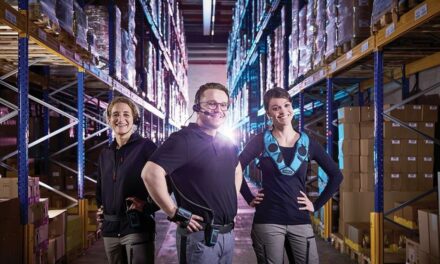