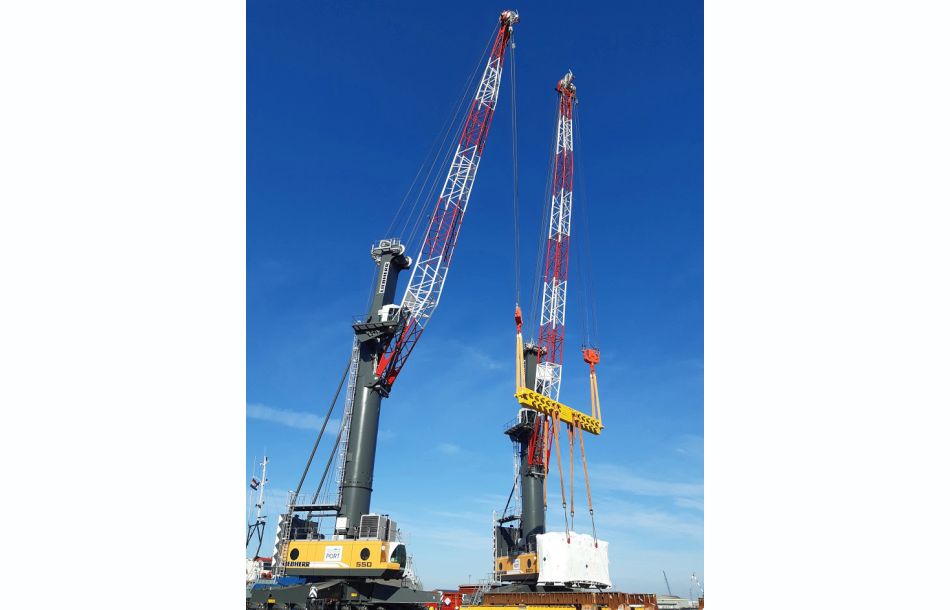 The Sycratronic system improves the safety of tandem operation and makes it easier for terminal operators to increase their lifting capacities when combining two Liebherr mobile harbour cranes. While the system is developed to improve crane operations in all heavy-lift sectors, it is particularly useful in the on- and offshore wind industry where long components like rotor blades and heavy parts like wind turbines have become the norm.

Increased safety with full utilisation of the cranes

Sycratronic allows the crane driver to fully utilise the load curve of the cranes. Often, during tandem lifts, lifting capacity can be restricted by regulations to 75%. Sycratronic overcomes this, allowing the two cranes to be treated as one, and so the usable lift capacity of each crane can increase by 25%, a huge advantage. The system system monitors possible shifts of the center of gravity of the load and automatically corrects to ensure the best stability. The advantage is the elimination of human communication errors between two crane operators, which can result in accidents, especially during tandem lift operations, says Liebherr.