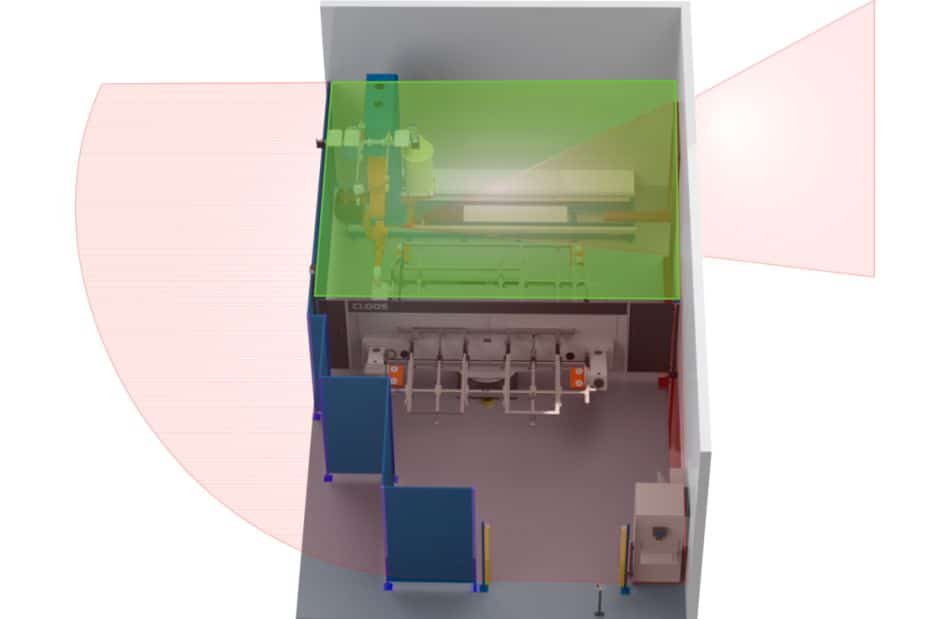 People in the vicinity of laser sources must be protected from the dangerous radiation. But protective walls or barriers are often associated with great effort. With the virtual laser zone developed by Cloos, you reduce these efforts to a minimum and protect the employees in the vicinity reliably from the laser beam of the sensor.

The robot controller knows the position and the beam direction of the laser. A 3D model (virtual laser zone), which defines the robot system environment with its requirements, is linked to this information. As long as the laser beam hits parts, system components, safety equipment or hall walls of the virtual laser zone, there is no danger to persons. If the beam does not point to any area programmed in the laser zone, it cannot be activated and the sequence program continues without the laser beam. As soon as the robot reaches a position where there is no longer any danger to people from the laser beam the controller releases the laser again and the search routines take place as specified in the program. The virtual laser area is active in the automatic operation and protects people in the vicinity of the system.