Endress+Hauser increased sales and profit in 2017. The Group benefited from stronger industry conditions and introduced a wide range of product innovations, including the first digital services offering. Numerous new hires, substantial investments and great strides in the area of sustainability underscore the Group’s balanced growth.

In 2017 net sales rose 4.8 percent to 2.241 billion euros. The appreciation of the euro against most other currencies distorts the picture, however. “When adjusted for local currencies, we grew at a 6.5 percent rate; the instrumentation business enjoyed 8.0 percent growth,” said CEO Matthias Altendorf during the Group’s annual media conference in Basel. “We are confident that Endress+Hauser has strengthened its market position.”

A strong consumer business environment, stabilizing oil prices and low interest rates in 2017 led to greater investment activity in the process industry. “Apart from having to expand capacity, companies were looking for ways to produce more competitively, reliably and sustainably,” said Matthias Altendorf. Endress+Hauser supports their endeavors as a leading global provider of process and laboratory measurement technology, automation solutions and services. “The business performed well across practically all regions and industries,” reported the CEO. Two of the three largest markets, China and the US, grew dynamically. In Germany, the Group’s top market, sales by the year end had yet to catch up with the rise in incoming orders. The solid plus was supported by a wide variety of industries, with the oil & gas industry contributing to growth again. Development in the power & energy sector was driven in particular by the area of renewable energy.

Impetus from innovation and digitalization

Innovative technologies gave significant impetus to business. Endress+Hauser launched 57 new products and 571 instrument options last year. Expenditure on research and development rose to 170.7 million euros, which equates to 7.6 percent of sales. The significance of innovation at Endress+Hauser is reflected in 261 applications filed at patent offices around the world. The portfolio meanwhile boasts a total of 7,479 patents and intellectual property rights.

Digitalization is playing an increasingly important role. “Our customers have realized that the Industrial Internet of Things is changing the value chains,” explained Matthias Altendorf. “A new degree of transparency makes it possible to optimize processes and gain in efficiency.” With concepts for the IIoT – or Industry 4.0 — taking concrete shape, Endress+Hauser introduced its first digital service for analyzing and managing the installed base of field devices.

Improvement on the earnings side

Post-tax net income grew by 34.2 percent to 209.1 million euros. The effective tax rate of 24.1 percent, a significant decline on the prior year, was the result of changes to the local tax rates applied to earnings in individual countries. “We’re a dependable taxpayer,” emphasized Matthias Altendorf. “That’s part of our corporate social responsibility.”

Return on sales (ROS) climbed 2.0 points to 12.3 percent. In contrast, the equity ratio sank 0.3 points to 70.2 percent due to exchange rate effects. A change in the accounting guidelines caused the ratio to drop 2 to 3 percentage points from previous years. The Group is nevertheless on solid financial ground and can run the business more or less without bank loans. “We finance investments, acquisitions and dividends from our own earnings,” underscored Dr Luc Schultheiss, Chief Financial Officer of the Group.

Endress+Hauser invested 138.7 million euros worldwide. The company opened its third plant in the Chinese city of Suzhou to provide additional production capacity for flow, temperature and analytical instrumentation. The facility also houses the world’s largest and most modern flowmeter calibration system of its kind. The new sales center building in Belgium illustrates how deeply rooted the idea of sustainability is at Endress+Hauser: this modern facility provides double the space while cutting energy consumption in half.

“As a family company it’s our aim to grow sustainably,” emphasized CEO Matthias Altendorf. One of the strategic key performance indicators in this respect is the annual EcoVadis benchmark, which rates supplier sustainability. In 2017 Endress+Hauser scored 66 out of 100 points to place in the top two percent of all companies that were evaluated.

Endress+Hauser created 296 new jobs in 2017, significantly more than planned. At year end, 13,299 people worked for the Group around the globe. The rising business demand had a particular impact on new hire growth in production and service. The largest number of jobs was created at the two flowmeter production facilities in Reinach, Switzerland and Cernay, France.

Solid outlook for the current year

Endress+Hauser is off to a good start this year with a strong increase in incoming orders. The Group is planning growth in the mid-single-digit range and anticipates profitability remaining at the current level without extraordinary effects. 223 million euros have been set aside for investments and the Group plans to create up to 500 new jobs worldwide. “Incoming orders are currently tracking above our target,” says Matthias Altendorf. “We expect 2018 to be another good year for Endress+Hauser.” 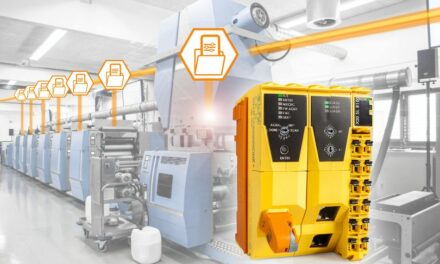